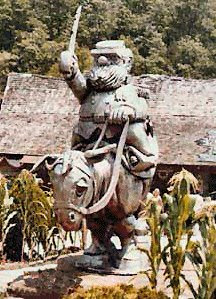 With our ammunition gone, and faced with utter defeat,
Who was it that burned the crops, and left us nothing to eat?

The answer, of course, was General Jubilation T. Cornpone; immortalized in song in the Broadway and later movie musical, "Li'l Abner."

When we almost had 'em but the issue still was in doubt,
Who suggested the retreat that turned it into a rout?

Vice-President Joe Biden is well on his way to showering the same sort of glory on his home town, Scranton, Pennsylvania, and on the state he represented almost adequately in Congress, Delaware.

When it seemed like our brave boys would keep on fighting for months,
Who took pity on them and ca-pit-u-lated at once?

His latest in a long and unending stream of gaffes was delivered on a formerly national television news morning show on NBC, where no one would have noticed except Matt Drudge picked it up. Drudge has devoted almost all of his incredibly influential blog to the swine flu pandemic, and when Joe Biden announced that he advised against Americans traveling by subway or plane, he threw an authoritative note of panic onto our already very fragile economy. In a few moments, with a few ill-chosen careless remarks, he sabotaged the calm, business-like atmosphere that more responsible leaders were trying to establish.

Who went re-con-noiter-ing to flank the enemy's rear,
Circled through the piney woods, and disappeared for a year?

In effect, as more capable leaders were saying that it was mild and that there was no need to panic, there was good old Joe saying in essence, "If I were you, I'd panic."

Thanks, Joe. You're always there when needed least.

Though he's gone to his reward, his mighty torch is still lit.
First in war. First in peace. First to holler, "I quit!"

Posted by Major Combs at 2:17 PM No comments:

Joe Biden and Miss California Should Both Resign 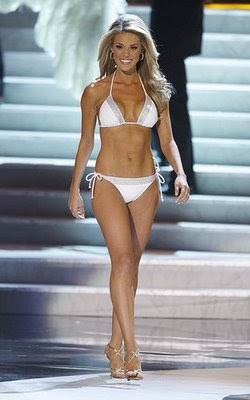 As Mr. Tantillo clearly explains, Miss Prejean should not resign or be fired because of her position on gay marriage, but because by stating that position in the way she did she was not upholding the "Brand" of Miss USA.

And he's right. We wouldn't hire someone to be the president of Harley-Davidson if the candidate was on record stating that motorcycles are an extremely dangerous and wasteful form of transportation. And Miss USA represents a product, one which is incompatible with the personal views Miss Prejean presented.

It's not politics, it's marketing. 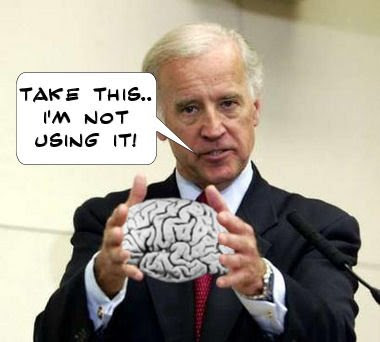 Now we observe Joe Biden, Vice-President of the United States. Even more than a Miss America, Mr. Biden represents a product, and does it badly. Just as with Miss California, Joe's supporters can say that he is just being honest. And just as he did with Miss California, Mr. Tantillo could say that Joe Biden, since he can't be fired, should resign.

Joe, the Vice-President of the United States doesn't tell Americans not to take subways and aircraft when the medical threat is small and the economy is hurting enough already. I can't say I thought you were smarter than that, because I was amazed you got the job, knowing how prone you are to saying these sorts of dumb things. 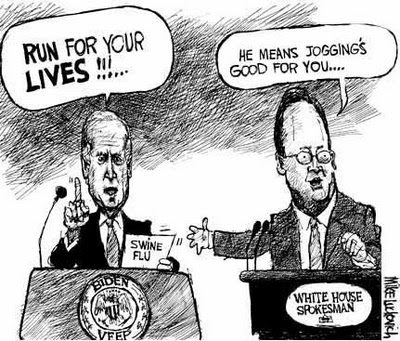 No Joe, you're meeting expectations, which is reason enough to call on you to resign.

We Republicans will miss you, Joe.

Democrats will sigh their relief, and say, "Joe who?"
Posted by Major Combs at 12:53 PM No comments: