Timing is everything, and as hurricanes and wildfires rage some of my friends ask, “Have you changed your mind about climate change?” My firm answer, “No!” They ask me because I’m the most notorious made-made global warming/climate change/weather weirding skeptic in the Gualala/Sea Ranch/Point Arena area. And totally unknown elsewhere, including on the payrolls of any fossil fuel companies. I’m called a climate change denier, an odious Holocaust-tinged label, so I respond calling alarmists natural climate-change deniers or ignoratti (look it up), and science is on my side.

I’ve had an open challenge to debate that climate change is natural for over fifteen years, with no takers.

Hurricanes? The just-ended twelve years of no Category 3 to 5 hurricane landfalls in the United States was unprecedented.  Gaye LeBaron’s column in the October 14 Press Democrat reminded us of the deadly 1964 wildfires in Sonoma County, less catastrophic only because much less was at risk in the fire’s path than now.
Wildfires? The past 100 years have been among the wettest of the past 7,000 in California.

Sea level rise? According to innumerable reports in the Press Democrat, San Francisco Chronicle, and other sources, the rate of sea level rise is accelerating with a predicted increase of five feet or more by 2100, or at least 18 millimeters per year, beginning today (A penny is about a millimeter thick).  Unfortunately for the alarmists, accelerating sea level rise is easy to disprove, courtesy of the online Permanent Service for Mean Sea Level (PSMSL.org, which displays all the World’s tide gauge records), and the National Oceanic and Atmospheric Agency (NOAA) tides and currents website.

Of local interest, San Francisco’s tide gauge, installed 1854, has the longest record in the Western Hemisphere. From 1854 through 2016, San Francisco sea level rose 174 millimeters (4.25 inches per century), or 1.08 millimeters per year with no acceleration. In fact, San Francisco’s sea level was highest in 1983, almost four inches above the 2016 level. Most other West Coast cities also had their highest sea levels in 1983.

Coincidentally, NOAA keeps records on 199 tide gauges active throughout the past century, and their average sea level rate of rise is also 1.08 mm/year. It’s easy to look at the NOAA tide gauge records online; almost all approximate a straight line with annual rates of rise far below alarmist predictions.

Here is link to a blog post showing 25 tide gauge records scattered across the Pacific. None come close to the NASA satellite measurements claimed below. (Click on the link to see the tide gauge information)

News media also constantly bombard us with reports that global temperatures are the highest in recorded history – which means in the past 200 years after thermometers came into use. Catastrophic anthropogenic global warming (CAGW) alarmists are broadly ignorant of the natural climate changes during the past 2.6 million years, and even of the four periods warmer than now during the past 10,000 years. According to Greenland ice core and widespread sediment core studies, we now live in the coldest 1,000 of the past 10,000 years.

All about us the Earth gives evidence of previous warmer periods. On recent trips with my wife, Alice, to Antarctica, the Arctic, Iceland, Thailand, and Cuba, I saw ancient coral mounts, and beaches and drift wood, many feet above the highest tides level. A map of Glacier Bay, Alaska, disclosed glacier retreat in the 1800s ten times greater than in the 1900s. 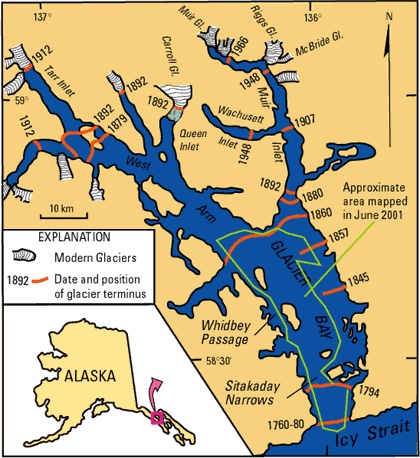 Tree lines were over 100 miles further north in Europe, Asia, and Canada 6,000 years ago, and in the Alps tree lines were several hundred feet higher. Also in the Alps and Greenland, retreating glaciers are uncovering artifacts of human occupation during preceding warmer periods.

Of more local interest, Santa Rosa company Remote Sensing Systems produced a global temperature record of the near two-decade “pause” in warming, which they now claim was erroneous. The pause was broken by last year’s strong El Nino, which is not associated with increased atmospheric CO2. 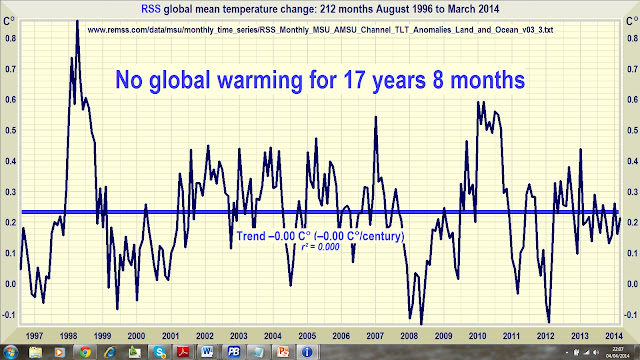 Since 30% of all human-produced CO2 emissions occurred after 2000, the lack of increased warming associated with increased CO2 predicted by climate models shatters the CO2-drives-global-warming hypothesis. As Sherlock Holmes, and legendary physicist Dr. Richard Feynman said (paraphrased): “The most beautiful hypothesis can be destroyed by one ugly fact.” 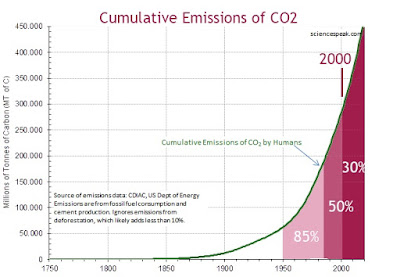 30% of all human-produced CO2 emissions occurred after 2000

And more “ugly” facts abound. Al Gore’s An Inconvenient Truth featured a 400,000-year Antarctic ice core study he claimed proved increased atmospheric CO2 drove higher temperature, but proved the opposite. The study showed that increased CO2 lagged, not led, the temperature increases by hundreds of years. As we learned in basic physics, warming water expels CO2 to the atmosphere; cooling water absorbs it.

In the past millions of years, atmospheric CO2 was ten to twenty times the current level, and there was no runaway warming. On the contrary, cooling began each time CO2 was at a peak. 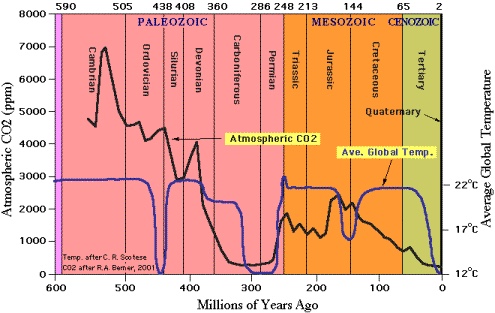 Rather than CO2, the cycles of 100,000-year glacial periods alternating with 15,000-year interglacials (like our Holocene), correlate closely with orbital variations, and not at all with CO2. 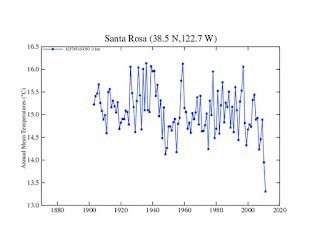 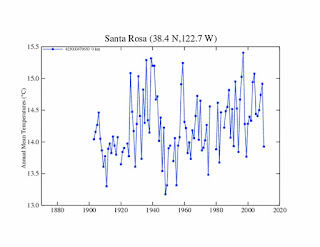 A word I learned during my year at Santa Rosa Junior College, 1961/62, sums this up perfectly. It’s Kafkaesque; a world turned on its head, where unsupported beliefs inspire worship, and skeptics armed with facts are suppressed and ridiculed.

“Climate change; it’s what climate does, naturally”
Posted by Major Combs at 4:47 PM No comments: