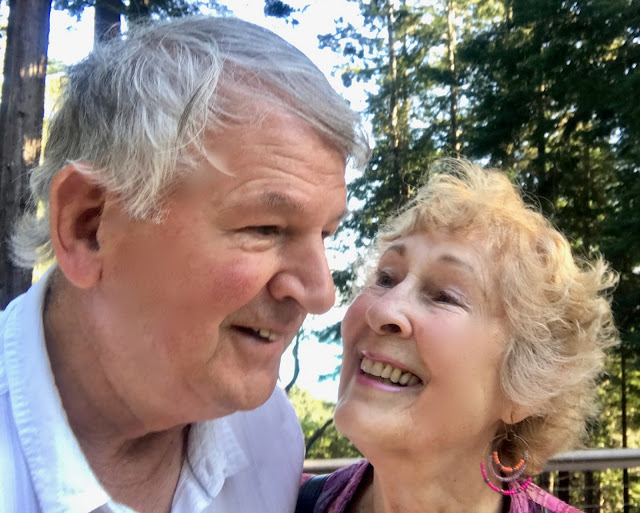 Who said life begins at 75?

Offhand, I can’t think of anyone that nutty.

I’m probably the first, but I’ll paraphrase: “The rest of our lives began at 75.”

But there is an element of best in all of this. We appreciate how good we are to each other; how much we appreciate each other. How we still bring nice surprises each day. And we are each other’s best travel companion.

Speaking of travel, and you knew I would, we spent a Spring month in Baja; a two-week cruise up the Bay of Cortez was sandwiched between two very relaxing four-day stays in Cabo San Lucas. Among many highlights was Alice petting a gray whale calf while its mother chaperoned, all the while me dipping a GoPro in the water for whale eyeball video. 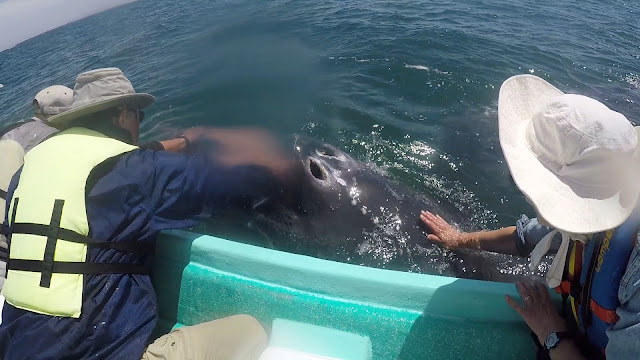 In August we went to storied Mendocino (and stayed in the Hill House Inn, featured in Murder She Wrote, which we never watched) for a Writers’ Conference. The highlight was when Alice gave a two-minute pitch of her book, The Lady With Balls, that was so well received that she now has an agent, and will be published in July 2019 by Cypress House in Fort Bragg, Alice’s reward for five years of diligent composing and revising.

There is no way to adequately describe how hard Alice worked and is working on completing her memoir. Along the way she went from an avid student of writing, to painstakingly applying what she learned to crafting over 300 pages detailing her journey into and through the male-dominated garbage recycling industry. It’s an Only in America story - poignant, humorous, heart warming, uplifting – Alice is already planning the audio book, and further down the line, which actress should portray her in the movie. 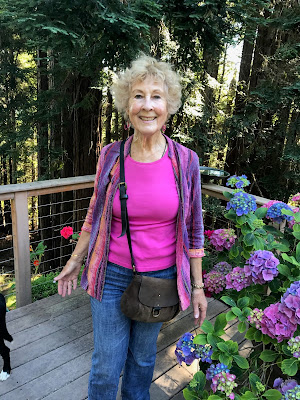 I plan to make good on my threat of publishing my coming-of-age memoir of growing up in Point Arena in the 1950s. Look in bookstores next year under Ancient California History. Also in the works, It Ain’t Necessarily So, my opus magnum totally debunking the myth of human-caused global warming/climate change/weird weather, covering the last million years of climate change with a concentration on the past 10,000 years since the end of the Ice Age. Look for it in bookstores where the black-clad crowd is chanting to have it burned.

Alice is a good sport, and good company. In late September we went to a reunion in Albuquerque of my old unit, the 81st Tactical Fighter Wing, Royal Air Force bases Bentwaters and Woodbridge, Suffolk County, United Kingdom, where I served my best five-year period (1970-1975) in the Air Force as the base’s Budget Officer. We’re a bit older, our numbers are shrinking, but a great time was had by all. I was stationed at Bentwaters as the Viet Nam War ground down, in the darkest depths of the Cold War. Our 72 F-4 D and E fighter-bombers primarily were tasked with stopping the Soviets and Warsaw Pact tanks in the Fulda Gap on their way to crossing the Rhine, with tactical nukes. 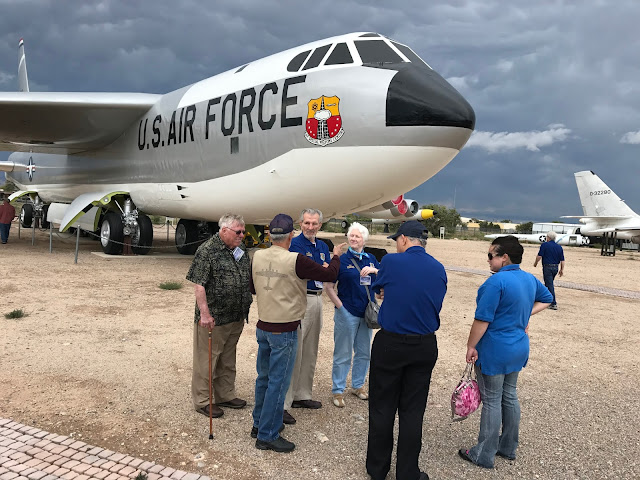 RAF Bentwaters reunion friends with a B-52, almost as old as us and still going strong - just like us!

We already have travels planned well into 2019: next year April in Japan, then a two-week Fall Colors cruise, Canada and New England, with Alice’s Reseda high school reunion group in September. May 2019 will find us on a 27-day Grand European Sojourn cruise, from Amsterdam to Bucharest. We picked this one and signed up early so that Alice could have a bathtub; she doesn’t take showers, and I don’t take baths. But we’re very compatible, and surprisingly clean.

In January I begin rehearsals for seven March performances of Guys and Dolls, my fourth musical since 2014, as the bad guy (and non-singer) Lieutenant Brannigan of the NYPD. I'm also the off-stage voice of garage owner Joey Biltmore, and voice him with a New York whine I learned from watching old Warner Brothers movies. My third role, in disguise with a false mustache, is as one of the gambling gangsters in the Luck be a Lady scene. I keep trying to enlist Alice for a play – she’s a natural actress – but she balks at all the memorization and time-killing rehearsals.

The business Alice founded, Vulcan Wire, had its Christmas Party in San Leandro again this year hosted by CEO Mike Graffio, not far from its office and manufacturing buildings in Hayward. 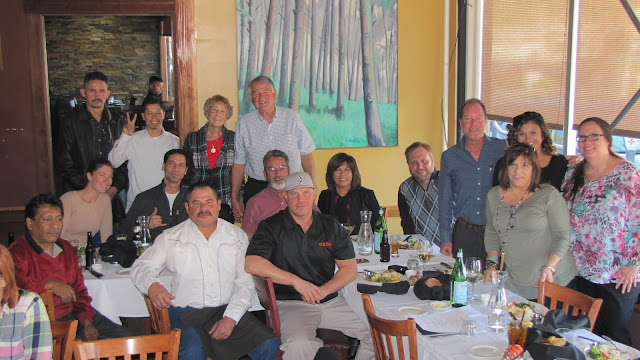 Alice and I are as busy in retirement as in our working days, and loving almost every minute. Travelling, writing, visiting friends and family (not as much as we would like), walking to Cook’s Beach and playing ball with Radar every day. Our motto: someone has to live a life like this; it might as well be us. 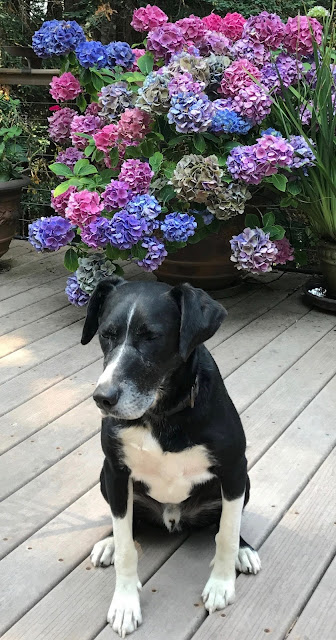 Posted by Major Combs at 8:51 PM No comments: