It's Too Late, Democrats - Save Your Money!

I mailed in my absentee ballot today, October 13, 2010. I could have mailed it in a week ago when I received it - I had already made all my selections among the candidates and propositions before it arrived, so I should have filled it out and dropped it in the mail immediately.

No rush. Unlike many other citizens, I've been studying the candidates and issues for months while never watching a political ad on TV. Since the only thing we use our TV for is watching videos and football games, at the start of each game I put the DirecTV unit on record and pause, go off and do some chores, then start watching. When the game goes to commercials, I fast forward to the resumption of play, paying little attention to the fast flickering images of the commercials I zip through. The past weekend I noticed one ad repeated constantly. It featured a picture of Republican candidate for California Governor Meg Whitman with a Pinnochio-growing nose. "How clever," I mused sarcastically, and congratulated myself for not wasting any time watching such sophomoric programming.

The Pinnochio nose was tired and old political advertising when we Republicans ran it repeatedly over 16 years ago about Bill Clinton. 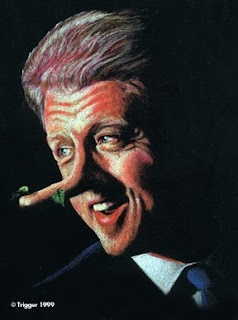 Maybe its use now is a tribute to the Green movement - recycling of old political ads to save the time and energy of creating any that are new, clever, and pertinent.

At any rate, all televised political ads are wasted on me - my ballot's in the mail, just in time as the avalanche of expensive Democrat ads hits the airwaves. I think that interested California voters have already done as I have, and mailed their ballots. The ones who haven't voted yet should get so turned off by the barrage of political advertising that they skip the election in disgust. Since most who lay around watching TV all day are Democrats, Republicans win!
Posted by Major Combs at 9:07 PM