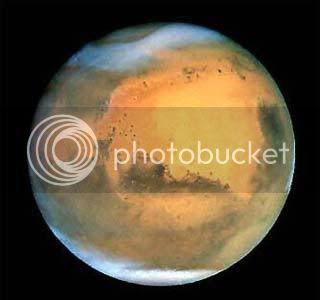 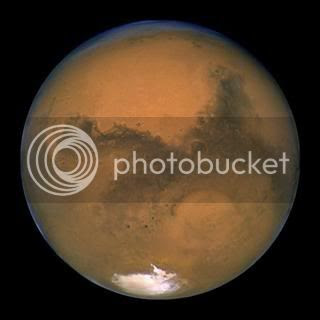 "Mars has global warming, but without a greenhouse and without the participation of Martians,” says the celebrated scientist, Dr. Habibullo Abdussamatov at Saint Petersburg's Pulkovo Astronomical Observatory. "These parallel global warmings -- observed simultaneously on Mars and on Earth -- can only be a straightline consequence of the effect of the one same factor: a long-time change in solar irradiance."

This obvious conclusion is too simple and obvious for our great minds to comprehend. Or more to the point, it doesn’t fit their need to have a vehicle to gain power and control over the economies of the world.

The sun's increased irradiance over the last century, not C02 emissions, is responsible for the global warming we're seeing, according to Dr. Abdussamatov, and this solar irradiance also explains the great volume of C02 emissions.

An aside. In a previous post, I reported that scientists examining ice cores from Antarctica and Greenland determined that increased levels of CO2 occurred about 800 years after global temperature increases, not prior to the increases. Over and over, for a period of hundreds of thousands of years, these ice cores spilled their little secret: CO2 increases are caused by warming; CO2 increases didn’t cause the warming.

As Dr. Abdussamatov noted: "It is no secret that increased solar irradiance warms Earth's oceans, which then triggers the emission of large amounts of carbon dioxide into the atmosphere. So the common view that man's industrial activity is a deciding factor in global warming has emerged from a misinterpretation of cause and effect relations."

The “global warming is caused by CO2” cart got ahead of the “solar irradiance” horse, and our great scientific minds, like Al Gore (C’s and D’s in science courses), naturally concluded that the cart is pulling the horse.

Why such a conclusion?

Elementary, my dear Greeenies. If the Sun, not CO2, causes warming, humankind can’t be blamed; therefore, human activities can’t be controlled and directed to undertake a fruitless crusade to reduce CO2 emissions. Left to their own devices, humankind would probably do something utterly frivolous, like increasing generating capacity (and CO2 emissions), increasing economic productivity world wide, and vastly reducing or even eliminating world poverty.

Come to think of it, that’s what’s happening right now in China, India, and other parts of the developing world. They saw what we did in developed nations, and said: “Why don’t we do the same?”

Of course, “environmentalists” reply: “If you do it, you’ll wreck the planet.”

Developing nations then respond: “Did you guys wreck the planet to achieve your prosperity?”

Environmentalists naturally reply: “We certainly did.”
\
Developing countries puzzle over this, and ask: “So why are you so prosperous, while we’re so miserable?”

Environmentalists say: “Just wait a century or two. We’ll sacrifice our economies on the altar of stopping global warming, and eventually we’ll be as miserable as you.”

The developing nations ponder this logic for a second or two, maybe even a minute, and then place orders for more coal-fired generating plants (each large enough to power San Diego) to be built at an average rate of two or three every week.

China certainly would. The Chinese just passed the United States as the largest generator of CO2 a year or two sooner than expected.

Dr. Abdussamatov is unconcerned, debunking the very notion of a greenhouse effect. "Ascribing 'greenhouse' effect properties to the Earth's atmosphere is not scientifically substantiated," he maintains. "Heated greenhouse gases, which become lighter as a result of expansion, ascend to the atmosphere only to give the absorbed heat away."

As Lawrence Solomon (executive director of Urban Renaissance Institute and Consumer Policy Institute, divisions of Energy Probe Research Foundation) reports, then Dr. Abdussamatov would spring the real news from Saint Petersburg -- demonstrated by cooling that is occurring on the upper layers of the world's oceans -- that Earth has hit its temperature ceiling. Solar irradiance has begun to fall, ushering in a protracted cooling period beginning in 2012 to 2015. The depth of the decline in solar irradiance reaching Earth will occur around 2040, and "will inevitably lead to a deep freeze around 2055-60" lasting some 50 years, after which temperatures will go up again.

Then we may all wish we could actually do something to cause global warming, because after temperatures go up again, the world will be just about due for the next glacial period (Ice Age). The last one peaked about 21,000 years ago, and the next is due to start in about another 2,000 years.

Humankind will then discover that it is a lot easier to use air conditioning to cope with a warmer Earth, than it is to dig through a mile of ice to get out of Chicago.
Posted by Major Combs at 11:31 PM